Paris Fashion Week has come to a close, and by all accounts it was a stellar season. (I couldn’t be there  this time – maternal duties prevailed.)

You know that I LOOOOVE La Semaine du Mode. And last season was amazing… I had sensational designs coming out of my ears!

Among the faves were porcelain pieces from Nach Jewellery, polka dots and eyeball prints from SiS by Spijkers en Spijkers, and heavenly fascinators from Nanà Firenze (now why don’t we wear fascinators in the US?! I need to start an American fascinator trend…) Not to mention reprises from rockstars Úna Burke, Silviya Neri, and MAWI.

In fact, there was so much great stuff that I had to break up my faves video into two parts, with one devoted exclusively to footwear (coming soon!).

So here’s a peek at a bunch of my faves from the Paris trade shows for Fall Winter 2013/2014. These pieces are all available now, either in stores or on the designers’ websites - Happy shopping!

And look out for my favorite footwear video, coming soon – 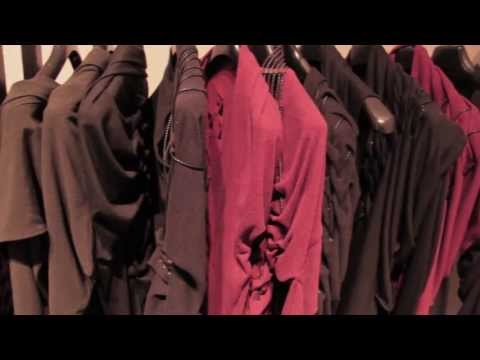